Roland burst out of the scratchy foliage and leapt at his foe.  Before he could bite, Dominic kicked him back.  Instantly changing into bat, Roland flew up, spun in a circle and then zoomed at Dominic’s head.  The man slapped Roland away.


Roland caught his bearings in mid-air and flew around a tree, past a group of crows that seemed to watch him intently.


“Mastering an ability doesn’t make you a master.  There is nothing you can do to stop me.”  Dominic started to shake him.


Fighting to break free, Roland switched back to his human shape.  Dominic simply moved his hand around Roland’s neck and crushed down.  Panic rushed through, followed by dizziness.  He struggled against his foe’s iron grip as the sky seemed to fill with black shapes.

For more check out Dark Birth at your local online store. Links to Dark Birth on the web can be found on the Store Page on this blog or you could just go here, Dark Birth on Amazon.

Avast, ye hearties! Since it be "Talk Like a Pirate Day", I be thinkin' that it be the best o' days to share wit you a secret map. Yes, laddies and lasses, this hear be the location of those unruly pirates, those fierce monsters of the sea. I be talking about the Bloody-Buccaneers.

Under the evil direction of Captain Reginald Worthing, the Bloody-Buccaneers sailed the Atlantic and Caribbean back in the early 1700's.  Many a sailor spoke in whispers of their blood red sails and pitch black ship as it came upon them, always within a dense fog. Only a few survived to tell the fiendish tale of these monsters. Sharp fangs, stronger and faster than any mortal man and possessing one desire; to drink the blood of their captives.

Legend tells the tale of one such vampire pirate who secretly saved souls instead of killin' them. A short lad of thirteen years, with hair as red as fire. This lad could even change shape were it necessary. Legends say it was he who brought an end to those monsters.

At any rate, me lads and lasses, here be a map of where the Bloody-Buccaneer's home island, the dreaded 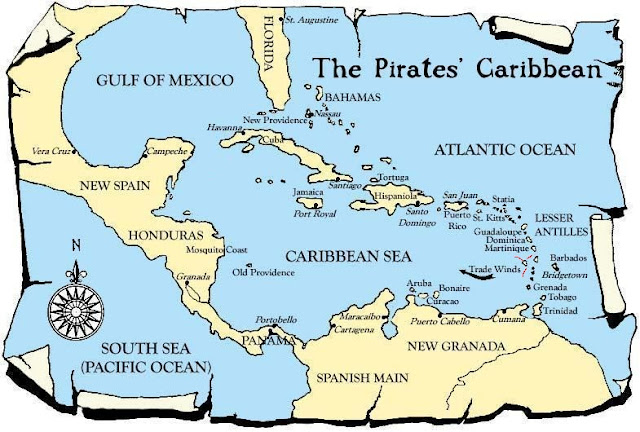 Posted by Scott Bryan at 10:07 AM No comments: Links to this post

I spoke to my daughter's Advance Placement English class at the High School. I talked about writing and my books.

At first I was nervous and I suspect it showed. I stuttered and droned on, but as I continued and the love of writing and creating came out of me, I relaxed and could be myself. I need to feel that way all the way through it and not fifteen minutes into it. I must capture the excitement and joy and spill it out to the kids. I do that after a bit but I need to do that from the beginning. I guess it's a lesson learned for next time, which in this case is the 28th of September.

The kids enjoyed it. There were a few who were really interested. I found myself talking about Myths and got a few really excited. Hmm. Maybe I should epublish that as well? I suppose I could always put it up and then shop it around agents while it's on Amazon, etc.

So the 1st speaking engagement is done. On to the next! 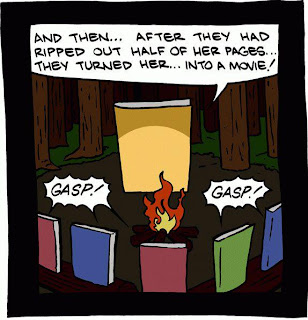 Posted by Scott Bryan at 11:12 AM No comments: Links to this post

Who's Who in the Annabelle Universe? Guarin