All sorts of news about THE book.

Actually no. Seven years this month I watched Interview With a Vampire and found myself searching for something. Days later I found it as I tried to write my own vampire child story and Annabelle walked out of my imagination and onto paper.

Years of beta readers, critique groups, 6th and 8th grade classes, a professional editor and several drafts brought me to the current version of this novel.

Dark Threats is one chapter removed from that original novel plus a lot of new stuff written just for the my debut  into the world of eBooks. Threats is a collection of short stories to introduce people to the world of Annabelle and Roland.

Months ago I decided to break the first novel into two books; Dark Birth and Dark Trials. Last Friday I changed my mind. This story stands better as one.

I've gone through and formatted it for online publishing. I had some troubles but I finally mastered it last night. I uploaded it to Smashwords and it's available there.

I wont reveal it to Facebook and Twitter yet because I'm waiting for it to be reviewed by the Smashwords team for any format errors.  Once it's good, I'll load it on Amazon and Barns & Noble.com.

Also, thanks to my Highland-loving coworker and pal, Don Phillips, I have a pic that has been used for the cover. 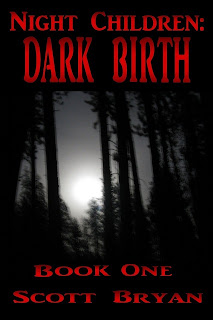 So much going on! I can't wait for you to read my real first book, Annabelle and Roland's origin story! Hope you like it!
Posted by Scott Bryan at 6:00 AM 5 comments: Links to this post

I was reading a book about life in America after the world collapsed. It was by Orson Scott Card and seemed to be pretty good. The UTA bus dropped me off at the International Center, on the outskirts of Salk Lake City. Just another day. I don't remember September 6th or 5th or the 1st but I remember that morning.

I get to my desk, turn on my computer and got ready for the day. Chuck (a coworker and fellow drafter) had his radio on. Normally the morning DJ's would be goofing or music would be playing. Pop? Country? I don't remember. I think country but it doesn't matter. It was 7:50 AM so NYC time it was at that fateful hour.

Those morning DJ's weren't joking. They were talking about a plane that crashed into the 1st tower. At the same time they were trying to figure why a plane would crash (they thought it was a small one) I opened my Internet explorer.  The same event was plastered on MSN.com but they were stating it was big. I remember those DJ's reporting the second plane and the Pentagon crash. One guy on the radio said their were dog fights in the air of New York. It's amazing how panic and fear can affect how we report things.

The office was a buzz. It was a small staff of 10 to 15 people but on that morning we were less than ten. Soon everyone was in the conference room watching Good Morning America. We were in shock.

The personnel manager called a meeting and told us we could go home and be with our families or since we were contractors to the government, we could keep working to show the terrorists life will go on here. We elected to stay.

I do feel pride in the American spirit. Even as a child I welled up with tears when I heard America the Beautiful.  I love this country and am fiercely loyal to it. I hope my future novels will illustrate some of my patriotism.

To this day, however, I question if remaining at a small company, trying to focus on drawings that don't matter in the grand scheme of things, and listing to the radio play patriotic songs all day, was the best place for me. That job went under. They are a foot note in time. I couldn't focus on tracing PDF files of electronic F16 harnesses into Auto cad. All I could do was force back the tears as Amazing Grace played with bagpipes and I thought of those poor people.

I wanted to be home. My wife and kids were glued to the TV and I wanted them in my arms. I was and will always be grateful that we are blessed to be alive. I just wanted to be with them.

It was hard those days. We felt defeated as a nation. Maybe the last time Americans felt that defeated was when Kennedy was shot. I don't know. That was seven years before my birth. But we also felt something else. Remember? Yes, we had hate and anger and those are wrong but understood because of the circumstances, but we felt pride.

Strong, unified, powerful pride. Like Pearl Harbor. Like the Alamo. Like those long gone days of the Revolution. The kind of pride that made Paul Revere and Sybil Ludington race at night to warn their countrymen.

We have our differences. We cant agree on money or jobs or the environment. We believe lies about each other and worse, spread them. We lose faith in one another and fear the future.

BUT WE LIVE ON. In ten years we will still be what we are now. In twenty, eighty, a hundred years. We will be Americans. We were forged by a desire for personal liberty. We will not die. We will continue to be a nation and we must forever remember who we are and how we became. 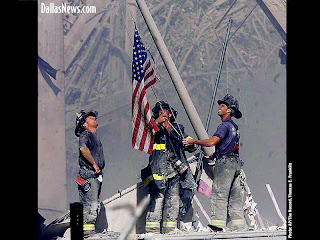 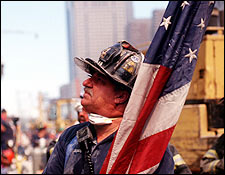 Posted by Scott Bryan at 8:33 AM No comments: Links to this post