“Wait.”  Roland rolled his eyes.  “Invisible spies?  Vampires can’t turn invisible.  The most we can do is turn to mist and most can’t even do that.”


“No, his spies will be human,” Aisling replied.


Annabelle’s jaw dropped, as did Roland’s.  “Invisible humans?” she asked.  “Working for Dominic?  How?”


Aisling explained, “Let me start at the beginning.  Two years ago a man from named Charles Griffin found a way to turn animals invisible.  He experimented on himself and went insane.  became paranoid, and hurt some people.  A mob of scared and angry townspeople tried to kill him.  Dominic’s bride, Penelope, watched the commotion and used her magic to sneak to safety.”


“So Dominic already has him?”


“No Roland.  ’s experiment deranged his mind.  He fled Penelope, traveled here to and went into hiding.  He’s in , counting on the warmer climate to help keep him hidden.”


“Huh?” Roland always looked silly when he was confused.


Annabelle nudged him.  “If he’s invisible, he could go anywhere naked.  It’d be pretty tough walking around in the buff in the middle of a snowstorm.”


“What an idiot.”  Roland slapped his forehead.


“What happened to him?”  Annabelle already guessed the answer.


“Penelope killed Marvel, took the journals and burned the down.  Dominic’s servants tried to reproduce the formula.  It was written in a mixture of Russian and Greek.  That wasn’t hard to interpret but some pages were washed out.  They failed.”


“So why worry about it now?  It’s a dead end.”  Roland still appeared frustrated.  He shuffled his feet in the snow.  He still didn’t want to help.


“King Corbin received another vision yesterday.  He saw the chaos the invisible army would commit, and then he saw the two of you trying to protect from Penelope in .”


“Did we succeed?”  Annabelle asked.


“Uncertain.  His visions cloud up after you arrive at his beach house and begin fighting with Penelope.  We need you.  You’ve got to rescue him.”

For more check out Dark Threats at your local online store. Links to Dark Threats on the web can be found on the Store Page on this blog or you could just go here, Dark Threats on Amazon.
Posted by Scott Bryan at 6:00 AM No comments: Links to this post 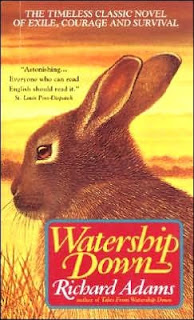 Thought I'd drop a quick note that I'm enjoying Watership Down by Richard Adams.
Back in 1980, this was one of the first books I ever read. I loved it and have had fond memories ever since.

I haven't, however, reread it in all this time. Rereading it has been wonderful. My daughter Katelyn had to read it for English last school year and I decided to read it fresh after all these years so we could better talk about it.

I'm enjoying it. I forgot how wordy Adams is in his description. I tend to wander when I read heavy description so I've had to catch myself. I do the same things with Tolkien. Despite this, Adam's characters are strong, believable and once again I love sharing adventures with Hazel, Fiver and Bigwig all over again.

Anyway, got to get back to the bunnies.
Posted by Scott Bryan at 6:00 AM No comments: Links to this post

Who's Who in the Annabelle Universe? Isi

Physical characteristics:
Isi has black hair and dark brown eyes. She is thin and short, allowing her to fit in most tight spots. She is very beautiful and extremely exotic.

Personality:
Closed off. She is very guarded, mysterious and only opens up to the vampire who turned her, Fenroth.

Abilities:
Isi has the basic vampiric abilities; strength, speed, stamina, sharp nails that are used like claws, enhanced senses and the ability to heal from most small injuries. Like all vampires, she can't handle sunlight, wooden stakes to the heart or beheading. Each of these turn her to ash. Like all evil vampires, religious artifacts harm her as well. She has not learned how to transform or fly. She can

mimic voices perfectly.  She is an excellent fighter, trained by Fenroth to hunt, fight and kill any opponent. She prefers to ambush them, striking before they know what's hit them.

Known History:
Not a lot has been revealed about Isi. Fenroth found her in North America the late 1600s. A Choctaw , Fenroth found her at age sixteen, influenced her and turned her. She is constantly at his side, eager to kill for him.


Posted by Scott Bryan at 6:00 AM No comments: Links to this post

Labels: Fenroth, Isi, Who's Who in the Annabelle Universe? 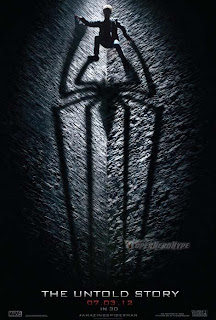 Now I must tell you, originally I wanted this movie to do badly. I judged this book by its "cover". I didn’t want the reboot. Sure, I wasn’t very fond of Spider-Man 3, and I was aware of the fact that Sony cancelled the lame idea for Spider-Man 4 (thank goodness!) and had to release a Spider-Man film before the rights reverted back to Marvel, where they would rock at it like they've done with most everything else. I didn’t think Andrew Garfield looked the part and hoped the film would bomb so Marvel could do better.

I couldn’t have been more wrong. Garfield captured Parker. I never realized what Spider-Man 1 and 2 was lacking until I saw this film. Parker is strong, flawed and improving. Now whining and self depressed all the time. Sure, Peter has crappy luck and does get down, but Garfield captured the character's essence in a more believable way.

Martin Sheen and Sally Field are excellent as Peter's aunt and uncle. I've never been a fan of Fields but I must admit this is one of my three favorite performances from her. Emma Stone is perfect as Gwen Stacy. She makes me really like her character, with makes the unavoidable events in a sequel that much harder to face (anyone familiar with Gwen in the comics knows what I mean).

I thought the hints towards Norman Osborn, and how it leads to future films, was nice. I just hope Gobby doesn’t have a stupid Power Ranger mask in his reboot.

I loved Rhys Ifans was great at Curt Conners/ the Lizard. Lizard has always been my favorite Spidey villain. Maybe it's the whole 'Lizard in a lab coat' thing? Maybe it's because as a child I really wanted that Mego Lizard figure? A lost gem for sure! Maybe it's because he's so different from your usual villain? Or it was like the Creature from the Black Lagoon fought Spidey. OK, he's nothing like the Creature, but a Universal Monster fan can imagine, can't he? All I know is that this movie Lizard was worth the wait and we even got to see the tattered lab coat twice! I also love the mid-credits scene which allows for more at a later date. Can anyone say "Sinister Six"? Yeah, I'm hoping for too much, but I can hope .

So all in all, a great film. Far better than any of the prior Spider-men films. I'm ready for this franchise and the fact that Sony said there is no reason their Spidey can't team up with the Avengers in the future, well that's having the cake and eating it too!

Hey there gentle readers!
We returned from sunny California with smiles on our faces and a desire for our own beds. A nice time was had by all. It kinds felt more like a visit than a vacation but I guess that's because it was.

We headed out early Saturday morning the 14th of July. The car was acting up a bit but all turned out OK. We drove out the entire day, stopping for breakfast and lunch as well as a trip to the Donner's Museum in the Sierra Mountains.

We arrived in Friant California (on the outskirts of Fresno) that evening. My family proceeded to spend the next three days with my parents and had a wonderful visit. My dad is getting older and my mother has major sight problems so as a family we rededicated ourselves to move to California some time in the near future.

On Wednesday we traveled to Santa Cruz and spent time with my sister. She showed us a redwood park with amazing trees and we relaxed on the beach during a beach party with live music.

That night Janeen got pretty sick so we left for home the next two days, staying in Reno, Nevada overnight.

All in all a good trip. We had some mishaps and some things occurred that I wish we did differently, but over all it was good seeing family again.

Now for pictures (of which I didn't take a lot). 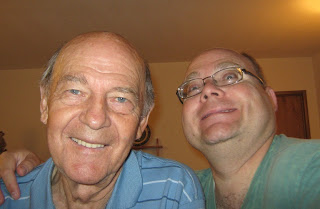 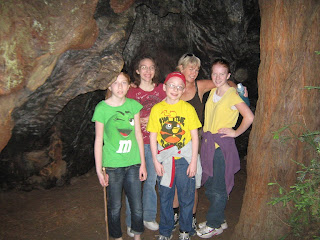 Posted by Scott Bryan at 7:55 AM No comments: Links to this post