Skilled from many battles, Thomas used his talent for shape-shifting to morph into a black snake.  He slithered around an attacking werewolf’s legs.  The beast’s claws barely missed him.  Tom said, “I never planned to fight werewolves tonight.  This isn’t my idea for a night on the town.”


Annabelle sped around another werewolf, scratching at its side.  “We fight monsters every week.  Why should this week be any different?”


Tom bit at a werewolf’s ankle, and then moved away before the savage beast could connect with its claws.  “I’d rather fight a few dumb mutts anyway.  It could be worse.  At least Dominic’s chief enforcer, Hyde, didn’t try and kill us.”


Grace, in full werewolf form, leapt over another wolf and slashed his back with her inch long red claws.  “Or that monster created by Frankenstein.  He still gives me the creeps.”


Annabelle never could match Tom’s speed at transforming, but she did manage to morph into a bat before a werewolf could connect his claws with her chest.  She fluttered out of his long reach.  “Count your blessings after we beat these dogs, no offence, Grace.”


The only female werewolf present somehow smiled just before trading slashes with her opponent.  “None taken.  They are dogs.”

For more check out Dark Threats at your local online store. Links to Dark Threats on the web can be found on the Store Page.
Posted by Scott Bryan at 6:03 AM No comments: Links to this post

How I feel about writing...

2 AM and I'm still awake, writing a song
If I get it all down on paper, it's no longer inside of me,
Threatening the life it belongs to
And I feel like I'm naked in front of the crowd
Cause these words are my diary, screaming out loud
And I know that you'll use them, however you want to

Posted by Scott Bryan at 11:21 PM No comments: Links to this post 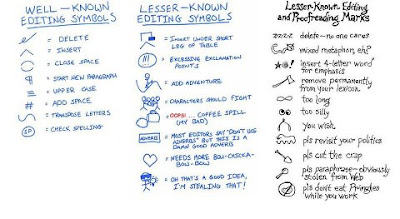 I thought I'd give a quick post to let everyone know that the second book in the Night Children series, DARK TRIALS, is on hold for roughly a year.

I'm truly sorry about this. I realise some of you have enjoyed Annabelle and Roland's adventures and I promise there will be more. But life being what it is, I was thrown a large curve ball back in February.

Not only had I thought it was time to move my family to another state, (which I found out it wasn't the right time for the move), but I got the reviews for Dark Trials at that point as well.

When we write books, we're so ingrained in our little worlds we have no clue the large problems that sit in plain sight. I have characters and situations that never had any resolutions, logic problems in certain situations, and other things like that in need of repair. I need to re-read it, go through the story, reshape it to flow better and make more sense. I'll cut entire scenes and change some character directions. Some problems will need deeper thoughts.

One review hurt really bad. I guess I got what I deserved. Not too long ago I reviewed another critique group member's manuscript. I was honest. Brutally honest. I hurt her and she was greatly offended. I suspect she still is raw about the event. I never wanted to hurt her, just be honest about my thoughts on the book. I see now I should have had more tact.

I've had raw reviews before. Ones that hurt really bad. Time does heal all wounds and in time I saw much of what they said. That doesn't mean I turned my manuscript to their vision, but thanks to a professional editor, I discovered the problems those toxic reviews were trying to show me. Doesn't mean Dark Birth is perfect but I still stand by my decision that it's ready.

Well, a different member of our critique group gave me a toxic review. I guess I had it coming, after how I treated the other critique member. I mean it really hit me hard. I still believe in my heart some of her stronger points are just her opinions. I believe that she is not the right audience and may not understand the audience as much as she thinks.

But what of I'm wrong? What if I have something that needs certain changes or it will be unfit for my audience?  As the author, I'm forever too close to tell, I think.

See? I still feel uncertain about the whole thing. That's why my preview posts stopped. I no longer posted bits from Dark Birth or Dark Threats. I no longer posted character biographies from the Night Children universe. I didn't actively search out speaking engagements, I stopped promoting my books on Amazon. I stopped everything.

If I could not trust whether my second book was appropriate for Middle Grade readers, than maybe everything I've written wasn't appropriate either. She'd read Dark Threats but she never read Dark Birth and there were things in that book just as questionable.

I guess I should name the elephant in the room. I was told that Dark Trials was too dark for Middle Grade (11-14) readers. That is was horrific. I still do not know if that's true.

Here we are, months later, and I tried to read her review but all I can feel as I read it is that I'm a terrible author and shouldn't even try anymore. Does she say that? Heavens no! She is a friend and was only trying to help. She never brings down my writing. But how she responds to my supposed horrific scenes makes me question myself. That's my personal garbage to work through, not her.

So you can see why I've had such a pause.

Becoming an author is a tender tight rope of almost falls and positive balances. As I've stated before, I found my mojo again in the form of Multi-Mart. A new story and fresh start. But this story is a trick, because it involved other stories, including the Night Children series. So now I'm on the chapter that ties Dark Threats to the Multi-Mart continuity. This means I've had to reread parts of Dark Threats and feel what those stories make me feel. It also reminds me of those few who have read Dark Birth and Dark Threats, and how that like Annabelle and Roland and want more. Heck, I still want more.

So carefully, timidly, I am starting to climb back. I will continue to work on Multi-Mart and Myths, but I'm starting to think about Dark Trials and what I need to do. Will I remove the dark stuff inside? Not completely, but I will look at it and see what would be best.

I guess I need someone who is 11-14 years old and likes Middle Grade books (Early Harry Potter, Percy Jackson, Kane Chronicles, Vampire Assistant) to read it. Or at least someone who reads a lot of those types of books.

I'm not trying to put the Night Children though Deseret Book or Shadow Mountain. It doesn't need to be read in Sacrament meeting or at church. But I don't want to do Steven King, either. I do want it to be appropriate for Junior High School readers. Heck, I know it's not as dark as the Hunger Games series and those Young Adult books are in the Junior High.

So Dark Trials is on hold, but I am coming back. Watch this space for more to come.
Posted by Scott Bryan at 9:46 AM No comments: Links to this post