The best eBook authors get their names out there by one thing first: lots of stories! Well I used to do lots of short stories for the Parodyverse. The only thing different is that these ones must be edited and given to beta readers and such. Fine tuned. But they can still be short, a blast to write and fill in spots in-between the bigger books.

I can do it! This will be exciting! The fate of characters, never before scenes, characters from late in the series showing up earlier, hidden events, all sorts of cool stuff! And all of it only 99 cents! 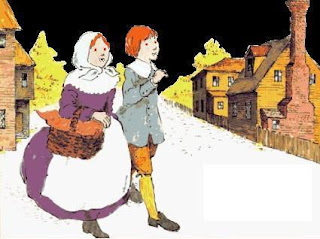 Posted by Scott Bryan at 1:55 AM No comments: Links to this post

Here's another look into what I'm currently working on. This is from the rough draft so it does not reflect the final product. Enjoy!

Eli let an arrow fly.  The shaft tore into an ogre’s left shoulder, which caused it to bellow out in rage.  “Forget the powder and find something useful!”  He dodged the beast’s massive club, adorned with five inch spikes for better effect, and fired two more arrows at the ogre’s back.


“But it is useful.  If I could just find it...”  Mark knelt on the rough ground with his pouch open and both his arms inside up to his elbows.  “Maybe it’s in the bookcase behind the Inner-Outer spell book?”


Another ogre almost clobbered Mark with her club but Frunz knocked it aside with his quarterstaff.  “Mark, get up and help!” Frunz pleaded.  He used the staff as a third leg and leaped upward.  He kicked the attacking ogre in the chest with his hooves.  “I’m the coward, remember?  I’m not supposed to be the one fighting.”


“You’re doing a fine job,” Flitty remarked.  She zipped around the third ogre which caused the she-beast to follow the fairy with her head.  Dizzy, the ogre stopped to hold her head in place.  Flitty fired a pixie-bolt in the beast’s face.


Eli managed to scramble up various broken statues, and then spring onto the top of a broken wall.  He fired a net arrow.  Strong spikes unfolded from four corners of the expanding net.  Each one bore into the wall, trapping the ogre.  “One down.”


After a shout of inhuman rage, the ogre ripped the net open and charged the wall that Eli stood on.


Eli somersaulted over the creature as it shattered the free standing wall.  “Guess not.” Eli said as he landed on a smaller stone wall.


Lyndi’s mouth formed a thin smile.  She pushed against one of the she-ogres, her hands clasped with the beast.  Each one tried to push the other to the ground.


“I was wondering the same thing,” Lyndi replied through gritted teeth.


Flitty buzzed around them and suggested, “You could beat her in an instant if you simply did you know what.”


“Food calls Untha stupid?” the ogre growled.  “Untha not stupid.  Food stupid.”
Posted by Scott Bryan at 8:00 AM No comments: Links to this post

Who's Who in the Annabelle Universe? The Rakes


Known History:
After the vampire lord known as Dominic Pratchet courted and turned noble Vanessa Kimball, he left her in charge of his London safe house. After her devilish suggestion for some company, he allowed her to turn some of the more wickedly inclined around her into vampires.

At the time she kept in her company several bored young noblemen. The found sport in tormenting the poor and following their own corrupt pursuits. Vanessa saw the evil potential in these men so she turned them. They became loyal to her and found a whole new dark world of mischief. They'd attend her parties, like the annual Predator Ball, and find great joy in hunting and tormenting those they deemed less than themselves. Originally their where eight Rakes.

A rake was a young man of nobility or upper middle class who used his status to take advantage of unsuspecting women. He promised to marry a woman only to sleep with her, thus ruining the woman's reputation.


In fact at this time the real rakes were notorious for doing pretty much the same thing! There's a description in "The Hound of the Baskervilles" about one such incident (which was said to have originally caused the haunting Sherlock Holmes investigated a hundred and fifty years later), where the young noblemen of the manor rode down one night on a lonely farm to carry off the farmer's pretty daughter for their sport.


My Thoughts:
I see the Rakes as a sort of Lost Boys, running around causing mischief and discord. They answer to Vanessa and make her exclusive gentlemen’s club their home.


Posted by Scott Bryan at 8:00 AM No comments: Links to this post 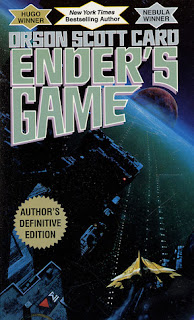 Ender’s Game by Orson Scott Card. It’s now an assignment for high school. When did Sci Fi novels become assigned like those mind numbing books like Lord of the Flies? Seems pretty cool. Wonder when Percy Jackson or Harry Potter will become homework?


At any rate I decided to read this first book so I’m prepared for the movie. I’ve heard others rave about this series and Card as an author. Some even call him “Uncle Orson”. As a member of my church, he pioneered the Mormon Sci Fi or Fantasy author field. His books have been on the shelves for decades and he’s become an icon in the field.


But now that I’ve finished his first book what do I think of him? Card has a pleasing appeal as an author. I can relate with his writing. He tells a story in such a way as I’m not lost in heavy description and I can understand the characters.


Well, some of the characters. Peter is downright scary but that’s the point. I found Valentine sweet and caring, a joy to share time in her head. The main character is Ender Wiggin and I certainly could empathize with him right off the bat. I felt sorry for him and as the book continued I couldn’t help but feel sad for all that he endures.


Again that’s the point. Orson Scott Card paints a world where over population and war are handled differently. Children grow up incredibly fast. I read somewhere that the age of your protagonist determines whom your book is for. A main character who is 10 would have to be junior reader. A main character whom is 12 has to be Middle Grade. A main character whom is 16 has to be Young Adult. No young adult or adult would want to read about an 11 year old. Sure it happens but that’s an exception so tow the line and forget about. Please color within the lines and don’t rock the boat.


Yet in this book Ender is “Junior Reader Age” and yet everything he experiences is meant for adults. He even thinks like an adult right from the beginning before all the horrible things occur to him. Of course this is explained away as he and his two siblings are geniuses so they think older, but still this book stands out for its older thinking kids.


And I feel this doesn’t hurt the book one bit. It’s worthy of the decades of praise set upon it. It is rough and hard and full of shocks but certainly worth a read. If you like the rough future of Hunger Games, you’ll like Ender’s Game too. It’s completely different but still hard and full of tough questions and thoughts.


Personally I won’t be chasing down the other three books in the series too soon, nor will I begin reading the companion series about supporting character Bean called Ender’s Shadow. Apparently the Ender’s Game movie is a blend of this book and Ender’s Shadow. But I won’t visit Ender’s world for a bit. It’s a rough world and I personally need a break. I will return later though because it’s definitely worth it.
Posted by Scott Bryan at 8:00 AM 2 comments: Links to this post