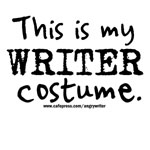 Yesterday I spoke with several teachers. I caught up with Mrs. Crookston at the Tooele Junior High. I'm set up to speak to all the English classes on the 28th of September! I can't wait!

As I was plotting out Myths it occurred to me what some of the new experiences and challenges would be for Eli and his companions in the latter half of the story. I want them to each get involved in school life at the Junior High. Since Eli and company are around 14 and midway through the book they are stranded on Earth, these kids are picked up by B.I.G. (Bureau of Interdimensional Gathering)and placed into false lives in my home town. They disguise their fantasy features, attend Junior High and try to accustom themselves to human life.

With this in mind I thought I'd do something a little different with my Jr. High appearances. I decided to pose the question to the classes. I'd do a breakdown of the characters and ask the kids where they think these fantasy creatures would fit most at home at the Junior High and have them give reasons. The ideas that work best for the overall story will be used in the book!

On top of that I'll do my introduction, including telling them about the Annabelle series and offer up questions. If I have enough copies, I'll give away Dark Threats.

Other speaking engagements will be Mrs. Kramer's High School English class on the 18th of September and Mr. Palfreyman's English classes (full day) on October 26th.


Dominic replied hotly, “You take the word of crows over one who has advised kings?  My warriors remain trapped because of the Falabranwyn.  I’ve tolerated enough.”


Dominic moved around the three defenders with enough speed to burn a circle in the grass.  He broke from formation, ripped out a large tree and swung at Dagda.


White flames flickered from the fingertips of both warlocks and the witch.  The flames grew into a raging fire that engulfed the tree.  The tree vaporized, but in an eye blink Dominic was back, this time clutching two large rocks.


Before he could smash the rocks on their heads, the younger warlock spread his arms wide and a large light green dome erupted outward.  The rocks smashed against the dome and rubble trickled to the ground.


“Guarin, lower it,” Dagda commanded.  A twist of the younger warlock’s wrist and the dome dissipated.  Dagda shot crackling light towards Dominic but the vampire sped away in the nick of time.


Dominic smiled wickedly as he easily dodged blasts from both the men.


White flames flickered from the woman’s hands into the ground.  Chunks of earth rose up and caused Dominic to stumble.  Before he fell, he leapt over the new jagged outcropping of dirt, morphed into a large bat and flew over the humans.


A gust of wind blew from Guarin’s fingertips, knocking Dominic back.  “Get away, beast!”


“Not until everyone here has died at my hand.”

For more check out Dark Birth at your local online store. Links to Dark Birth on the web can be found on the Store Page on this blog or you could just go here, Dark Birth on Amazon.

Who's Who in the Annabelle Universe? Beufus


Physical characteristics:
Beufus has dirty brown hair and dull eyes. He's large and stocky, bigger than his brothers Cletus and Charlie. He only had two yellow teeth when he was alive and gained a set of vampire fangs after he was turned.

Personality:
Bossy, always wants to lead his brothers in mischief because he's bored with life and hates everything and everybody. Rules over his brothers by threatening violence. Dull and dim witted almost as dense as his brother Cletus. Does most of the talking for his brothers.

Abilities:
Beufus has the basic vampiric abilities; strength, speed, stamina, sharp nails that are used like claws, enhanced senses and the ability to heal from most small injuries. Like all vampires, he can't handle sunlight, wooden stakes to the heart or beheading. Each of these turn him to ash. Like all evil vampires, religious artifacts harm him as well. He has not learned how to transform or fly. While Beufus is extra strong, he can't maneuver very well. This means smaller vampires with more developed speed could easily avoid his massive hands.

Known History:
Beufus and his brothers lived in Jorgantown all their lives. They were satisfied with scratching out a small living doing dock work and hiring themselves out for farm work or cabin building. Their evenings were spent drinking at the pub and occasionally causing a ruckus in the town.

The night they finally met Eliza Pratchet, the supposed town witch, was their last night alive. They teased her, only to have the recently arrived Foresight family try to defend her. Something in Eliza's eyes made the brothers forget what they were doing and instead they found a quiet spot to sleep off their drink.

The vampire Fenroth happened across them and seeing the stocky built of both Beufus and Cletus, turned the two of them. Once a human has been bitten three times he or she begins to change. The transformation to vampirizim isn't always over night. The older the human, the longer it can take.

After the white warlock Dagda warded off the vampire lord Dominic Pratchet from his property and began to set up a magical barrier to prevent any dark creatures from entering it, Dominic knew he would need inside agents to enact his revenge on his estranged wife, Eliza Pratchet, and the two children Eliza betrayed Dominic for. Realizing Fenroth's newest subjects were still in the incubation stage and therefore not dark creatures yet, Dominic commanded Fenroth to leave almost vampires Beufus and Cletus and their non-vampire brother Charlie where he found them, within the town. The barrier passed them by and once the full transformation was in effect, Dominic had three agents, (two vampire and one human) to use.

At first the men thought it was Dominic who turned them, since he was the vampire who summoned them once they woke up in their new lives. He sent them to retrieve Annabelle and Roland (the children Eliza rescued). They were to kill Eliza on sight. They failed and Cletus was killed by Eliza. Beufus escaped through the barrier which burned his hair off and permanently sizzled his flesh.